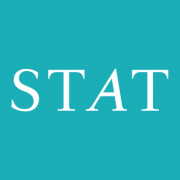 "An HIV vaccine using the same basic technology as Johnson & Johnson’s Covid shot failed to prevent infection, the company said Tuesday, dealing yet another blow to efforts to create a vaccine against the virus.

"The study, called Imbokodo, enrolled 2,600 women in southern Africa who were at very high risk of HIV infection. J&J and its partners, including the National Institutes of Health and the Bill & Melinda Gates Foundation, launched the study in 2017 and announced that all participants had received either a vaccine or a placebo last year. The goal of the vaccine was not to completely prevent infection, but to reduce the chance of infection by half.

“'If a vaccine is 50% efficacious it can curb the future of the HIV pandemic,” said Paul Stoffels, J&J’s chief scientific officer and, before that, an HIV researcher. He said that the actual efficacy seen was 25.2%, meaning those that received the vaccine had their odds of becoming infected reduced that much compared to the placebo group 24 months after the first dose. That difference was not statistically significant, indicating that it is possible the result is due to chance."