Dr. Beyrer serves as Director of Johns Hopkins Training Program in HIV Epidemiology and Prevention Science, and as Founding Director of the Center for Public Health and Human Rights. He is the Associate Director of the Johns Hopkins Center for AIDS Research (CFAR) and of the University’s Center for Global Health. He currently serves as a member of the men who have sex with men (MSM) Working Group of the HIV Prevention Trials Network. He has extensive experience in conducting international collaborative research and training programmes in HIV/AIDS and other infectious disease epidemiology, in infectious disease prevention research, HIV among Key Populations, and in health and human rights.

As Director of the Johns Hopkins Fogarty AITRP Program, Dr. Beyrer provided fellowships for over 1,400 international scholars in HIV/AIDS prevention, research, and treatment. He served as Field Director of the Thai PAVE and HIVNET studies from 1992-1996, based in Chiang Mai, northern Thailand, and has done extensive research in the epidemiology of HIV in Thailand, Burma, China, India and across Southeast Asia, in Russia and Kazakhstan, in Malawi, South Africa, and the United States. He is the author of the 1998 book “War in the Blood: Sex Politics and AIDS in Southeast Asia” and Co-Editor of Public Health and Human Rights: Evidence- Based Approaches. Dr. Beyrer has served as advisor to the US President's Emergency Plan For AIDS Relief (PEPFAR) Program, the HIV Vaccine Trials Network, The Office of AIDS Research of the US National Institutes of Health, the US Military HIV Research Program, the World Bank, the Royal Thai Army Medical Corps and the Thai Red Cross, as well as numerous other organizations. 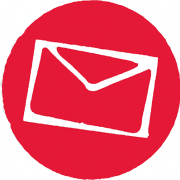