Conceptualizing overdose trauma: The relationships between experiencing and witnessing overdoses… 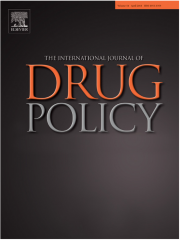 Summary: "This paper provided evidence to validate that witnessing and experiencing overdoses are psychological traumas associated with PTSD symptoms among female sex workers. "

"Background: The opioid crisis has rendered witnessing and experiencing overdoses a common occurrence, especially among marginalized and drug using populations, including female sex workers (FSW). Such exposures may confer psychological trauma that has gone unrecognized. We explored relationships between experiencing and witnessing overdoses and PTSD symptomology to understand the traumatic nature of these experiences.

Methods: Data were from FSW (N = 380) in Baltimore City, Maryland, who reported whether they had witnessed/experienced any overdoses in the past 6 months ("overdose traumas") and PTSD symptoms (PCL-5). We tested for associations between overdose traumas and PTSD diagnoses/symptomology in bivariate logistic regression models and multivariate models, adjusting for sociodemographic, experiences of violence, and drug use characteristics.

Conclusions: Traumas related to overdose, coined "overdose traumas" appear to be extremely psychologically traumatic, though the relationships vary by type and symptom. Programs should be cognizant of psychological trauma to address the full spectrum of overdose harms. Existing measures of PTSD do not accurately represent the effects of overdose traumas in populations like FSW due to the structural barriers to avoiding locations/situations where overdoses may occur and the overlap between symptoms, drug effects, and adaptive responses to homelessness."