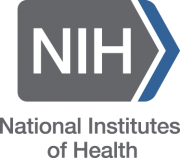 "Today the European Medicines Agency (EMA) announced it has adopted a positive scientific opinion on the dapivirine vaginal ring for use by cisgender women ages 18 and older in developing countries to reduce their risk of HIV infection. This milestone marks an important step toward expanding the number of biomedical HIV prevention options available to women in sub-Saharan Africa, who are among those most affected by the HIV epidemic. The National Institute of Allergy and Infectious Diseases (NIAID), part of the National Institutes of Health, thanks and congratulates everyone who led, conducted and participated in the research that led to the positive opinion."

"The dapivirine ring is made of flexible silicone and continuously releases the anti-HIV drug dapivirine in the vagina. The user replaces the long-acting product herself once a month."

"More than a third of the 1.5 million new cases of HIV worldwide among adults ages 15 and older in 2019 were in women in sub-Saharan Africa, according to UNAIDS. Women currently have limited HIV prevention options, and many women are unable to negotiate condom use with male sexual partners. Women need choices of discreet HIV prevention tools that they can initiate, and the dapivirine ring is one such tool."