Despite many years of strong research support for developing vaginal microbicides for HIV prevention, only one human trial has demonstrated modest protection.  Several trials had to be halted prior to completion due to indications that the candidate agents cause toxic effects that increased susceptibility to infections.  Successful microbicide-based protection against HIV has been limited by the lack of a method that can provide: (i) adequate drug distribution to all susceptible vaginal surfaces, especially the highly folded surfaces of the vagina (rugae) and (ii) efficacious drug concentrations for sustained periods of time, without causing toxicity or inflammation.  My colleagues and I recently described the invention of drug loaded nanoparticles that are coated with a muco-inert polymer that allows them to avoid adhesion to mucus, leading to uniform distribution throughout the vagina and improved duration of retention.  These so-called “mucus-penetrating particles” (MPP) coat both the vaginal and ectocervical surfaces of mice.  Model drug delivered in MPP was well-distributed and retained 24 h after application, whereas free drug delivered in a conventional vaginal gel failed to reach all surfaces, and only patches of drug remained after 24 h.  When loaded with an anti-HSV-2 drug, MPP were more effective at preventing vaginal HSV-2 infection than even 10-fold higher concentration of free drug.  Importantly, MPP were non-toxic in the vagina according to both cytokine and histological measurements.  I anticipate that similar improvements in distribution, retention, and efficacy will be seen for MPP loaded with an anti-HIV candidate microbicide.

Apply this fall for our CFAR Scholar Grants! 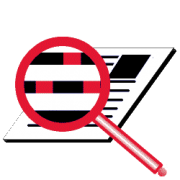