In sub-Saharan Africa (SSA), tuberculosis (TB) is responsible for considerable morbidity and mortality among hospitalized HIV-patients. Among HIV patients admitted to the hospital, significant rates of TB have been noted as well as invasive fungal disease. Among HIV-positive patients who die, who have undergone autopsy, a significant proportion of these patients have disseminated TB due to late recognition of HIV, and severe immunosuppression.In our autopsy study of 53 patient deaths on the ward at Mulago Hospital in Uganda, amongst the patients who were HIV(+), 36% were found to have TB on post-mortem examination, and 20% disseminated cryptococcal disease. In recognition of the broad and often atypical presentation of severely immunosuppressed patients with TB, we previously conducted a prospective study of 356 HIV(+) patients at Mulago Hospital with any TB symptoms (fever, cough, night sweats, weight loss) as part of an accuracy evaluation of the urinary lipoarabinomannan lateral flow assay within the TB Clinical Diagnostics Research Consortium, a DMID funded contract (HHSN272200900050C, PI Susan Dorman). The median CD4 T cell count was 57 cells/ul, and 38% had culture-confirmed TB. Twenty-four percent of the patients died within 6 months, the majority within two months. Opportunistic, disseminated, fungal disease (cryptocococcosis, histoplasmosis) can mimic disease due to TB, especially in patients with low median CD4 such as these hospitalized TB suspects. Histoplasmosis, well-recognized in North America as a granulomatous opportunistic infection in HIV(+) patients, is less well described in other resource-limited settings due to expensive and poorly accessible diagnostics. There are only a few published papers describing histoplasmosis in febrile hospitalized patients. Anecdotal autopsy data from Mulago Hospital shows at least 3 documented cases in the past 2 years, and given the small proportion of patients who undergo post-mortem analysis, the number of disseminated histoplasmosis cases may be significantly higher. Recently, Immy has developed a histoplasmosis test in ELISA format; they are also developing a lateral flow assay. The sensitivity of this histoplasmosis antibody for the African strain (H. duboisii) is unknown.
Specific Aim 1: To test frozen urine previously collected with appropriate bioethical approval as part of TB CDRC study of 356 hospitalized TB suspects for cryptococcal and histoplasma antigens to determine if undifferentiated patients died of an opportunistic fungal disease.
Specific Aim 2: To conduct a mortality analysis in the previous TB-CDRC recruited population of 356 hospitalized patients of whom 24.4% died. To analyze the risk factors for death and to examine the role of rapid POC tests for TB, Cryptococcus, and histoplasmosis in predicting the patients who died. 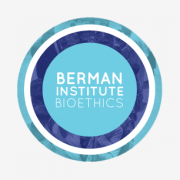 Do you have a research ethics question?