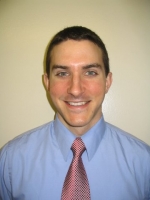 Recent studies have demonstrated that early and broad neutralizing antibody (nAb) responses against hepatitis C virus (HCV) are associated with HCV clearance, suggesting a key role for nAb in limiting HCV replication.  HCV-infected subjects with HIV coinfection have lower rates of HCV clearance and poorer responses to HCV treatment  than HCV mono-infected individuals, which may in part be due to HIV-induced dysfunction in the humoral immune response against HCV, but the extent of HIV-induced dysfunction in the anti-HCV B cell response is undefined.  We hypothesize that HIV-induced dysregulation of CD4+ T cells reduces the efficacy of the nAb response against HCV by reducing titers of anti-HCV nAb, reducing the breadth of HCV epitopes recognized, and reducing the affinity of anti-HCV antibodies produced.  To test these hypotheses, we will define the breadth of serum anti-HCV nAb responses in HCV mono-infected and HCV/HIV coinfected subjects and define the breadth, binding epitopes, and affinity of anti-HCV neutralizing monoclonal antibodies (mAb) derived from HCV mono-infected or HCV/HIV coinfected subjects.  The findings of this study will enhance understanding of how HIV infection may contribute to the lower rate of HCV clearance in HCV/HIV coinfected individuals, and the results could also have implications for persistence of other viruses commonly occurring as coinfections with HIV.  In addition, the studies proposed will provide critical preliminary data and publications to support a K08 application by the PI, and they will lead to more in-depth studies of HIV-induced B cell dysfunction.